Steve Montelongo of Modesto, California, has quite the heroic resume. He has saved not one life, not two lives, but three lives.

In 2002, Montelongo noticed his neighbor’s home was on fire, started by a gas leak, according to the Carnegie Hero Fund Commission’s website. Kathirne Mattox, 80, and Wayne Maxwell, 79, were both trapped in different parts of the house.

“Heard the explosion, ran over to see what was going on,” he said, according to KCRA-TV. “I thought it was my house. It was the neighbor’s house. Ran over there. My son was trying to get in the door. He couldn’t, so I said, ‘Move, let me try.'”

Montelongo, 62 at that time, didn’t hesitate to break down doors and rescue them — first Mattox and then Maxwell. He even gave Maxwell the shoes off his own feet before kicking down another door and helping Maxwell escape.

As a result of his daring and courageous rescue, Montelongo was awarded a Carnegie Hero Fund Commission medal in 2003.

Trending:
Man Hospitalized in Coma Says Hearing His Wife's Voice Woke Him Up

You might have thought Montelongo’s heroic days were over, but no one told him that.

On Oct. 8, Montelongo — at the spry age of 80 — saved his third life. He was driving his granddaughter, Monic Cordova, back from a dental appointment when she noticed a car had driven into a canal near the road.

“Then she says, ‘Oh my god. A car just went into the canal, grandpa,'” Montelongo recalled, according to KCRA.

According to the Modesto Bee, Cordova asked, “Where are you going?” when Montelongo quickly pulled into a parking lot and jumped out of the car. He headed straight to the scene of the accident, of course.

Montelongo reported that the accident had drawn a crowd, but it was a crowd of rubber-neckers and no one seemed to be doing anything about 62-year-old Jack Swarts, who was trapped in the sinking car.

“First thing that came to my mind: I hope one of the doors is open, right? And the back door was open. When I opened the door, it gushed in and it pulled me, it actually pulled me towards the car and I fell back against the car and then I tried to get my balance, still with my sight on the man, you know, making sure he wouldn’t go under,” he said.

“I literally yanked him out, just praying that T-shirt wouldn’t rip off right there, you know?”

At that point, a woman jumped in to help both men out of the canal. The driver was conscious when Montelongo hauled him out of the car and had been “panicking” when he was rescued. Later reports suggested Swarts had experienced a medical incident and blacked out, crashing into the canal as a result.

Montelongo said he figured he was just in the right place at the right time and denied that he’s a hero.

“I guess that’s where I was supposed to be,” he said. “I didn’t get too excited, you know what I’m saying?”

“No no, I don’t consider myself a hero,” he told KOVR-TV. “I was just a fella that got put in the right place at the right time.”

Everyone else seems thoroughly impressed with the 80-year-old’s actions.

“First responder, he can probably add to his resume,” Tom Olsen of the California Highway Patrol said. “A lot of people are in the right place at the right time, but very few actually did what Mr. Montelongo did … it appears by all accounts that on paper he’s 80 years old, but his attitude is much younger than that.”

“My hero is first God, then this man here,” Montelongo’s grandson, Jose Sabala, said. “He has done it again.”

When Lacy Gillmer of Maudlin, South Carolina, stood next her husband Don as he lay in a hospital bed in a medically induced coma, she didn’t know if he’d wake […]

17 House Republicans Send Inauguration Day Letter to Biden, Call for a 'Rise Above the Partisan Fray'

Is Sonia Sotomayor a racist? If you’re using leftist logic from only a few months ago, that seems to be the case. In the past, conservatives who mistakenly pronounced Harris’ […] 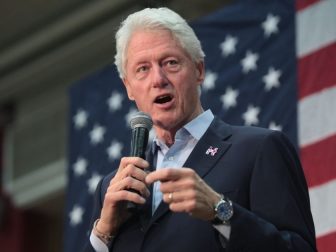 Former President Bill Clinton apparently was not captivated by freshly sworn-in President Joe Biden’s inaugural address Wednesday. About halfway into the approximately 20-minute remarks in front of the Capitol in […] 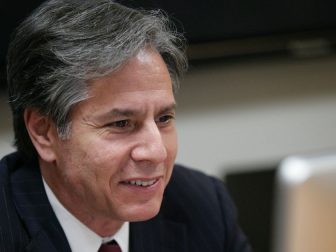 Antony Blinken, President Joe Biden’s secretary of state nominee, admitted Tuesday that President Donald Trump “was right” to take a “tougher approach to China,” though he disagreed with how Trump […] 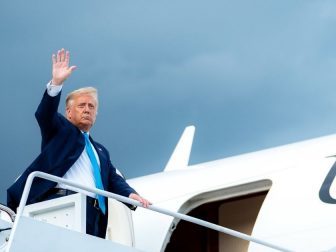 Trump Hints at Future Plans as He Bids Farewell to DC: 'We Will Be Back'

Outgoing President Donald Trump gave a farewell speech to a group of his supporters in his last moments in office. While speaking at Joint Base Andrews before leaving on Air […] 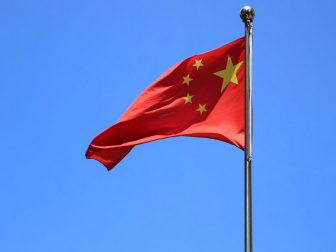 Joe Biden’s rhetoric on China has, as politicians are fond of saying, evolved. In May 2019, he was dismissive of then-President Donald Trump’s hawkish positions on China. “China is going […] 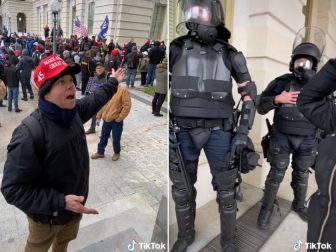 Democratic politicians and their enforcers, the legacy media, have gone into overdrive to establish the narrative that former President Donald Trump’s speech, delivered at a rally shortly before a mob […] 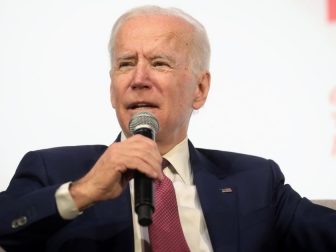 The Biden administration will be measuring the American economy using very different benchmarks from its predecessor, according to a new report. President-elect Joe Biden’s “economic policy team has signaled that […]