ABC News refused to ask Democratic presidential nominee Joe Biden about his son’s alleged acts of corruption during a town hall on Thursday night, a day after Facebook and Twitter censored the story on social media.

While Biden said his support of the crime bill that has been blamed for increasing incarceration among minority men was a mistake, he blamed the states for the implications of the bill and defended the parts of the legislation he advocated for, according to NPR.

ABC has been criticized for asking Biden “softball questions” as compared to the ones President Donald Trump faced at his competing town hall, the New York Post reported.

In the Trump town hall with NBC, held at the same time as Biden’s, Trump was questioned about white supremacy, his handling of the coronavirus pandemic and the QAnon conspiracy theory, according to USA Today.

ABC’s avoidance of the report’s allegations is in line with Big Tech companies like Twitter and Facebook’s censorship of the article on their platforms.

Twitter claims that it is censoring the New York Post article on its platform because “the images contained in the articles include personal and private information — like email addresses and phone numbers — which violate our rules.”

The images contained in the articles include personal and private information — like email addresses and phone numbers — which violate our rules.https://t.co/plPa5SZ3we

The latest alleged transgressions by Hunter Biden were outlined in a report by the New York Post, which included an email that showed Hunter Biden had allegedly introduced his father to a top executive at the Ukrainian energy firm about a year before a prosecutor who had investigated the company was fired following pressure from Joe Biden.

“Dear Hunter, thank you for inviting me to DC and giving an opportunity to meet your father and spent some time together. It’s realty an honor and pleasure,” the e-mail from Vadym Pozharskyi reads.

In a May 2014 email, Pozharskyi asked Hunter Biden “advice on how you could use your influence” on the company’s behalf.

This report contradicts Biden’s claims that he has “never spoken to my son about his overseas business dealings,” according to Fox News.

Andrew Bates, a spokesman for the Biden campaign, issued a statement in response to the Post’s report, according to Politico.

“Investigations by the press, during impeachment, and even by two Republican-led Senate committees whose work was decried as ‘not legitimate’ and political by a GOP colleague, have all reached the same conclusion: that Joe Biden carried out official U.S. policy toward Ukraine and engaged in no wrongdoing,” Bates claimed. “Trump administration officials have attested to these facts under oath.”

“The New York Post never asked the Biden campaign about the critical elements of this story,” the statement added.

“Moreover, we have reviewed Joe Biden’s official schedules from the time and no meeting, as alleged by the New York Post, ever took place.” 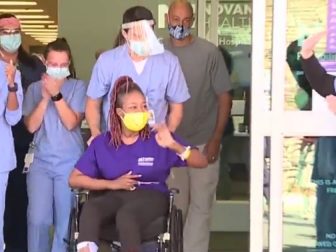