Mike Lindell Announces Game-Changing Election Bid - Is 2024 About to Be Reshaped?

'Height of Hypocrisy and Bad Policy': Biden Gets Hammered Over Greenlighting Oil Drilling Abroad, Killing It at Home

Georgia Man Convicted of Voter Fraud, Slapped with Brutal Punishment for His Crime 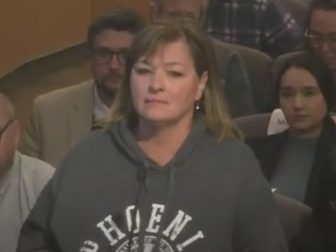 The balancing act must be tough for President Joe Biden and his comms team.

On the one hand, Biden has been trying to win people over to the idea that America is systemically racist.

The drumbeat has been constant from his inauguration day in January.

On the other hand, if you trash the U.S. too much, all but the most rabid leftists — read the “squad” — will be turned off.

It’s in this context, that Biden’s decision not to commemorate the anniversary of D-Day, Sunday, June 6, can be understood.

Trending:
Fauci Finally Addresses COVID Origin Coverup, But Where He Takes It Will Make Your Blood Boil

Instead, the 46th president chose to highlight the Tulsa, Oklahoma, race riots, though the actual 100th anniversary had fallen on May 31 and June 1.

I met with survivors of the Tulsa Massacre this week to help fill the silence. Because in silence, wounds deepen. And, as painful as it is, only in remembrance do wounds heal. pic.twitter.com/0mLMRAhJiD

Biden had traveled to Tulsa last week and delivered a speech on the anniversary, which was certainly more than appropriate.

One must also acknowledge highlighting the Tulsa riots does fit Biden’s “America is systemically racist” narrative.

But events like D-Day, the Battle of Gettysburg and the passage of the Civil Rights Act of 1964 do not.

If there is one thing Republicans and Democrats have been able to agree on since World War II, it’s that Adolf Hitler and the Nazis were evil.

They succeeded for a season in subjugating and exterminating tens of millions of people, based on a malign philosophy of the superiority of the Aryan race.

D-Day, June 6, 1944, the continental invasion of Europe by the western Allies, was a turning point in the war leading directly to the demise of the wicked Nazi regime.

Supreme Allied Command Gen. Dwight D. Eisenhower in his Order of the Day to the troops, laid out the scope of their mission.

“You are about to embark upon the Great Crusade, toward which we have striven these many months. The eyes of the world are upon you. The hope and prayers of liberty-loving people everywhere march with you,” he said.

“[Y]ou will bring about the destruction of the German war machine, the elimination of Nazi tyranny over the oppressed peoples of Europe, and security for ourselves in a free world,” Eisenhower added.

“The tide has turned! The free men of the world are marching together to Victory!”

“I have full confidence in your courage, devotion to duty and skill in battle. We will accept nothing less than full Victory!” the then-four-star general said.

“Good luck! And let us beseech the blessing of Almighty God upon this great and noble undertaking.”

The evening after the invasion, President Franklin Roosevelt led the nation in prayer.

“Almighty God: Our sons, pride of our Nation, this day have set upon a mighty endeavor, a struggle to preserve our Republic, our religion, and our civilization, and to set free a suffering humanity,” the president said.

“Success may not come with rushing speed, but we shall return again and again; and we know that by Thy grace, and by the righteousness of our cause, our sons will triumph,” he prayed.

“With Thy blessing, we shall prevail over the unholy forces of our enemy. Help us to conquer the apostles of greed and racial arrogancies,” Roosevelt said.

He also acknowledged some American soldiers would never return home: “Embrace these, Father, and receive them, Thy heroic servants, into Thy kingdom.”

The commander in chief concluded, “Thy will be done, Almighty God.”

While the casualty number is difficult to verify, the estimate is that over 4,400 Allied soldiers died during the D-Day invasion, with a total of 10,000 killed or wounded that day itself.

Their lives are worth remembering along with every soldier, sailor and airmen who laid it all on the line that day.

To be fair, President Biden made one passing reference to Normandy in his Memorial Day remarks at Arlington National Cemetery on May 31, but had to take a shot at America.

“Now as then, unity is essential to life; liberty and the pursuit of happiness,” Biden said. “And so we remember those who gave their all in the cause of unity, in the cause of a nation that endures because of them.”

They didn’t give their all in the cause of unity, Mr. President. They gave their all so people could be free to chart their own course.

Biden added, “We must honor their sacrifice by sustaining the best of America, while honestly confronting all that we must do to make our nation fuller, freer, and more just.”

He makes it sound like the U.S. still falls so short of the mark of freedom and justice.

Quite frankly, it’s doesn’t. And the over 1 million people who immigrate legally here per year, from the world over, proves the point.

People from diverse ethnic backgrounds hold the highest positions in many aspects of American life including government, business, academia and the arts.

Lincoln so perfectly articulated the nation’s mission in his Gettysburg Address in 1863, as he called to his audience’s attention the 23,000 Northern soldiers who were killed or wounded in a fight that helped end slavery in all states.

“Four score and seven years ago our fathers brought forth on this continent, a new nation, conceived in Liberty, and dedicated to the proposition that all men are created equal,” he said.

“Now we are engaged in a great civil war, testing whether that nation, or any nation so conceived and so dedicated, can long endure. We are met on a great battle-field of that war,” he continued.

“We have come to dedicate a portion of that field, as a final resting place for those who here gave their lives that that nation might live. It is altogether fitting and proper that we should do this.”

Lincoln closed exhorting his audience, “that from these honored dead we take increased devotion to that cause for which they gave the last full measure of devotion — that we here highly resolve that these dead shall not have died in vain — that this nation, under God, shall have a new birth of freedom — and that government of the people, by the people, for the people, shall not perish from the earth.”

On the 75th Anniv. of D-Day, the world remembers the strength & bravery of our allied forces. Honored to be at Omaha Beach & Normandy American Cemetery. God Bless the vets. & fallen soldiers, they are true heroes. #DDay75thAnniversary #DDay75 pic.twitter.com/B0Vl2sBtLF

We live in a great country with great history in advancing the cause of freedom.

The white crosses, Stars of David and other grave markers that dot U.S. military cemeteries around the world manifest this truth.

Biden needs to get over whatever hangups he and his party have with America and give honor to whom honor is due.

Randy DeSoto is the author of “We Hold These Truths,” which examines the influence of the Declaration of Independence in the Revolutionary War, the Civil War and World War II.

Letts: Sacrifices of Border Agents Go Ignored - It's Time for That to Stop

The media and Democratic politicians are quick to criticize border agents. When praise is due, though, they look the other way.
By Michael Letts, The Western Journal  December 1, 2022

'Apple Is in No Sense American': Tucker Carlson Goes Scorched Earth on Tech Giant for Censorship

Apple is bowing to Chinese censors and siding with the oppressive government, but this decision also affects American freedoms.
By Warner Todd Huston, The Western Journal  November 30, 2022

School boards representing the parents? What a novel idea. Florida's governor shows how to get back to the way it should be.
By Mike Landry, The Western Journal  November 30, 2022

This is going to make it hard for the Democrats to continue spouting one of their key talking points from the recent midterms.
By Peter Partoll, The Western Journal  November 30, 2022

Nikki Haley Reveals When She Will Make Her 2024 Presidential Decision

With Donald Trump recently announcing his intentions to seek the presidency a third time, many have speculated a potential Haley challenge.
By John McCann, The Western Journal  November 30, 2022

Republican turnout in Maricopa County, which includes Phoenix, was higher than in 2018, and Democrat turnout was down.
By Randy DeSoto, The Western Journal  November 30, 2022

"I hope other states will follow South Dakota’s lead, and Congress should take broader action, as well," the governor said.
By Abby Liebing, The Western Journal  November 30, 2022

US Men Forced to Pay Megan Rapinoe and Women's Team $6.5 Million in Prize Money from Win Over Iran

Thanks to a new collective bargaining agreement, the U.S. men's soccer team is splitting revenue with the women's team.
By Michael Austin, The Western Journal  November 30, 2022

A new report says Facebook has been getting private financial information from Americans who use tax filing services.
By Jack Davis, The Western Journal  November 30, 2022
Next