Democratic presidential nominee Joe Biden has something radical up his sleeve should a conservative U.S. Supreme Court majority move on “Roe v. Wade” under his hypothetical presidential administration.

Biden and his Democratic colleagues have grown increasingly concerned with regard to the security of Roe — which in 1973 affirmed a Fourteenth Amendment “right to privacy” and, as a result, medical abortion — following U.S. 7th Circuit Court of Appeals Judge Amy Coney Barrett’s nomination to the Supreme Court on Sept. 26.

In a live town hall event hosted Monday night by NBC News, however, the former vice president said he would not hesitate to see the court’s deeply controversial 1973 ruling established as the “law of the land” by congressional mandate if ever it were to come under constitutional threat.

“We don’t know exactly what she would do. Although, the expectation is that she may very well overrule Roe,” Biden said.

“The only response to that would be to pass legislation making Roe a law of the land. That’s what I would do.”

Roe v. Wade must remain the law of the land. pic.twitter.com/1Gq6Ncc2IK

It remains worthy to note that, even if the Republican-controlled Senate manages to swing a Supreme Court confirmation on its abbreviated timeline, the future of Roe remains shrouded in mystery, if not outright secure.

Despite her background as a devout Catholic, Barrett is well known for standing firm in her originalist judicial philosophy, elevating the historical intent of the Founding Fathers as the highest value when assessing the constitutionality of a law or lower court ruling.

As a result, Barrett would likely require an extremely tight legal argument in order to consider overturning Roe, particularly given the large body of subsequent landmark rulings built on its legal foundations — however shaky they might be.

Justices Clarence Thomas and Samuel Alito would then become the only moderately sure votes in favor of overturning the ruling, with the support of Justices John Roberts, Brett Kavanaugh and Neil Gorsuch — another maverick originalist — in question.

Yet the mainstream Democratic Party continues to move left in defense of the divisive ruling — a reality President Donald Trump rightly elevated as a point of sincere concern for conservative and independent Americans alike.

“He also wants to PACK our great United States Supreme Court. This is what the Dems will do. Remember as they try changing positions before elections end.”

Wow. Joe Biden just took a more Liberal position on Roe v. Wade than Elizabeth Warren at her highest. He also wants to PACK our great United States Supreme Court. This is what the Dems will do. Remember as they try changing positions before elections end. GET OUT AND VOTE!

The observation was as astute as any.

The American left lives in round-the-clock fear that any conservative majority in Washington could put Roe at risk, even when no real threat exists.

With left-wing establishment media outlets now pushing that fear well beyond a fever pitch, however, the facade has fallen.

Where Democrats once vied for abortion on the grounds that it be “safe, legal and rare,” they now fight tooth and nail for every seat on the federal bench, falling back on threats to pack the court should the battle be lost.

In reality, nothing has changed. Their focus has long been fixed on preserving what they believe to be the unrestricted “right” to abortion.

Now, they are simply saying the quiet part out loud. 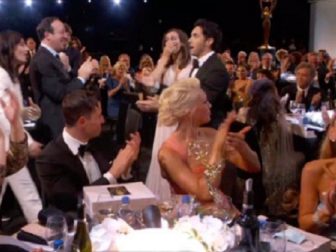 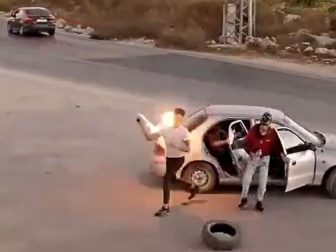