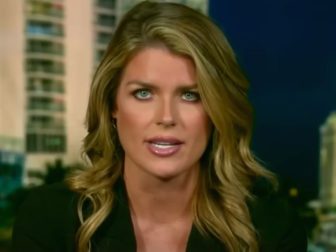 The Harris County, Texas, Sheriff announced via a Monday post on Twitter that he had notified the Biden administration of his decision.

1/5 On Sunday, I informed President Biden’s administration that I am respectfully withdrawing from consideration for the post of Director of US Immigration and Customs Enforcement.

“I arrived at this decision after prayerfully considering what’s best for our nation, my family, and the people of Harris County who elected me to serve a second term as Sheriff,” Gonzalez said.

“I am grateful to President Biden for the honor of nominating me, and I wish this administration well as it strives to overcome the paralyzing political gridlock that threatens far more than our nation’s border,” the sheriff continued.

During his first term as Harris County sheriff in 2017, Gonzalez took the controversial step of ending his police department’s collaboration with ICE, prohibiting his officers from working with the federal law enforcement agency in counter-illegal immigration raids, the Houston Chronicle then reported.

“I do not support #ICERaids that threaten to deport millions of undocumented immigrants, the vast majority of whom do not represent a threat to the U.S.,” Gonzalez wrote in a 2019 tweet.

“The focus should always be on clear & immediate safety threats. Not others who are not threats.”

Biden had picked a total of 542 nominees, according to information from The Washington Post’s Biden Political Appointee Tracker.

Gonzalez’s nomination soon stalled, with the Harris County sheriff becoming part of the 141 Biden nominees not yet approved by the Senate.

Gonzalez’s hostility toward immigration law enforcement had contributed to his nomination stalling.

Although the Senate Homeland Security Committee had voted to advance Gonzalez’s nomination in August 2021, the nomination was not voted on by the Senate, Roll Call reported.

Earlier in 2022, the Biden administration had to resubmit its nomination of Gonzalez for that reason, the outlet reported.

In March, Republican Sen. James Lankford had raised concerns over Gonzalez’s alleged domestic violence against his wife. The senator from Oklahoma urged Democrats to delay the vote on Gonzalez’s nomination.

The senator cited an affidavit by a Houston police officer who noted that Gonzalez had become “physical or violent” with his wife due to an adulterous affair, according to Roll Call. Subsequently, the vote over Gonzalez’s nomination was delayed.

The White House soon took Gonzalez’s side in the controversy, releasing what it claimed was a statement from Gonzalez’s wife, Melissa Gonzalez, denying the allegations.

“Any suggestion that I filed or made a complaint against my husband is false and defamatory,” Mrs. Gonzalez said in the statement, according to the outlet.

“To be clear, the assertions referenced in the affidavit, as they relate to me, my husband or my marriage, are completely false.”

Gonzalez’s decision to withdraw from being considered for ICE director marks a significant defeat for Biden, who, among other things, ran on immigration reform in 2020.

The loss for Biden comes as he and Democrats scramble to protect the Democratic majority in Congress in the face of the 2022 midterm elections, which are set to be challenging for Democrats.