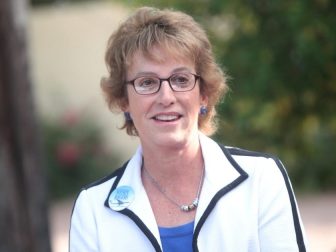 Alameda County, California, is in hot water for miscounting their coronavirus death toll, and other local health departments should take note.

The wildly inaccurate numbers result from the broad definition used by the county, which counted the death as coronavirus related if there was a positive test result taken at the time of death.

“There are definitely people who died from reasons that were clearly not caused by COVID,” Neetu Balram, a spokesperson for the Alameda County Public Health Department said, The Oaklandside reported.

One death, in particular, was counted as related to the coronavirus when the person died in a car crash, according to the Washington Examiner.

Inflating the numbers, whether intentional or not, contributed to the climate of intense fear and paranoia that overcame so many Americans throughout the past year.

“Obviously, our definition was broader than the state’s,” Balram added.

If you died in Alameda County with a positive COVID test, your death was previously attributed to COVID-19, even if it was something like a car accident. The county went through their data and pulled out 411 egregious examples, resulting in a 25% decrease of COVID-related deaths. https://t.co/U92mfBQXuX

Leave it to California bureaucracy for a gigantic mistake like this to happen.

Alameda County’s Health Officer Nicholas Moss was aware that the news would be jaw-dropping, but said that this likely would not have made things different on the policy front.

“We knew any change like this would have raised some eyebrows,” he said, according to The Oaklandside.

“Nothing about this changes our policy decisions now or during the height of the pandemic.”

The Bay Area’s Alameda County is the seventh-largest by population in the entire state, meaning that other heavily populated counties may also want to review and revise their own data.

Related:
Young Not Stupid: The Dems' Gov't Takeover of the Power Grid Would Be a Disaster at Home and a Gift to Our Enemies

As the pandemic in the United States continues to wind down, there will likely be several more instances of statistics being over or undercounted.

California and other Democratic states have been shameless in their occasionally over-the-top approach to combatting coronavirus, and it will take months and years in order to get a clear image of what happened.

After all that Americans have been through since March 2020, they deserve to know the truth about this pandemic.