A former business associate of Hunter Biden has come out with a statement that lends more credibility to reports that Democratic presidential nominee Joe Biden used his son’s foreign business dealings to turn a profit.

The man also challenged statements made by the former vice president that he never discussed Hunter Biden’s personal business with him.

In a statement to the New York Post, businessman and U.S. military veteran Tony Bobulinski implicated Hunter and Joe Biden, as well as the elder Biden’s brother James, in a scheme to get paid by an investment firm in China with which Hunter was reportedly involved.

The Post reported Bobulinski was the CEO of the investment company that Hunter Biden was once part of in China.

Fox News reporter John Roberts, who also obtained the statement, shared it on Twitter in its entirety:

The Post says its Twitter account is still suspended over its initial reporting on the Hunter Biden laptop, which was reportedly abandoned at a Delaware computer repair shop last year.

Do you think Trump should address Biden's reported involvement with foreign entities during Thursday's debate?
Yes: 100% (4 Votes)
No: 0% (0 Votes)

On Biden’s numerous denials that he had any knowledge of his son’s international business deals, the man with apparent intricate knowledge of their business model said the former vice president is not being truthful.

Per the former Biden business associate, Joe Biden is the “big guy” referred to in earlier reported emails.

One email obtained by the Post from the computer once owned by Hunter Biden said that in an agreement over “equity” the investment would yield “10 held by H for the big guy.”

Bobulinski said that “H” is Hunter Biden, while the “big guy” is his father.

He further said the Chinese company doing business with Hunter Biden hoped to acquire political influence with the deal, as the elder Biden was serving as vice president in the Obama administration.

Bobulinski said Hunter Biden “used the company as his personal piggy bank by just taking money out of it as soon as it came from the Chinese.”

“Hunter Biden called his dad ‘the Big Guy’ or ‘my Chairman,’ and frequently referenced asking him for his sign-off or advice on various potential deals that we were discussing,” the former Biden associate said.

He also expanded on the reported business model of the Bidens’ deal with Chinese investors.

“I realized the Chinese were not really focused on a healthy financial [return on investment]. They were looking at this as a political or influence investment,” Bobulinski said.

He said that on Wednesday, he turned over evidence confirming his involvement with the Biden family to two committees in the Senate.

Bobulinski also shared that he took issue with his name being connected to a campaign by the establishment media and Big Tech to discredit the reports on the Bidens’ activities as “Russian disinformation.”

“If the media and Big Tech companies had done their jobs over the past several weeks I would be irrelevant in this story,” he said. “Given my long standing service and devotion to this great country, I could no longer allow my family’s name to be associated or tied to Russian disinformation or implied lies and false narratives dominating the media right now.”

He made it clear he is “not a political person,” saying, “What few campaign contributions I have made in my life were to Democrats.”

Bobulinski called on the Biden family to address the scandal with the American people.

“This is the same garbage — Rudy Giuliani Trump’s henchmen. It’s a last-ditch effort in this desperate campaign to smear me and my family.”

“Ron should be ashamed of himself.” pic.twitter.com/cZ2vcKSh2r

But evidence continues to mount that Biden might have guided American foreign policy for the interests of his family, and not the American people, while he was vice president. 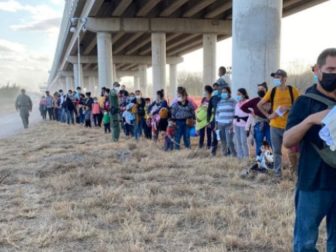