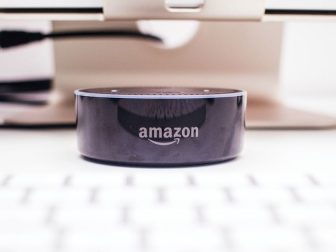 Most of the Senate Democrats who have come out in opposition to the Biden administration ending the Title 42 public health order related to the coronavirus and migrant entry into the U.S. are up for re-election this fall.

And all are from swing or red states.

The Democrats are Sens. Kyrsten Sinema and Mark Kelly of Arizona, Maggie Hassan of New Hampshire, Joe Manchin of West Virginia and Jon Tester of Montana.

Additionally, Sens. Raphael Warnock of Georgia and Catherine Cortez Masto of Nevada have voiced opposition to ending Title 42, but have not yet signed onto the bill, according to CBS News.

Kelly, Hassan, Warnock and Cortez Masto are all up for re-election in November, and Manchin and Tester are from states former President Donald Trump won handily in 2020.

It is such an honor to serve in the Senate on behalf of the people of Georgia. pic.twitter.com/b3n4EBtcWu

The legislation — which was drafted by Sinema and Republican Sen. James Lankford of Oklahoma — calls for the Biden administration to wait until 60 days after the surgeon general submits a written notification to Congress formally rescinding the COVID-19 public health emergency and national emergency to end the Title 42 order.

Further, according to Axios, “the bill states that during that 60-day window, and no later than 30 days after the written notification is provided, the Biden administration must submit a plan to Congress addressing any possible influx of migrants.”

Lankford told the outlet that the legislation will be attached as an amendment to the $10 billion coronavirus funding bill currently being considered by the Senate.

“At the same time the administration is asking for $10 billion because COVID is a risk, they’re saying it’s not a risk on the border and we should open the border up,” Lankford said.

Centers for Disease Control and Prevention Director Rochelle Walensky stated in a directive issued last week that the Title 42 health order would end on May 23.

“The cross-border spread of COVID-19 due to covered noncitizens does not present the serious danger to public health that it once did, given the range of mitigation measures now available,” Walensky wrote.

Related:
Jan. 6 Defendant: Having Trial in Dem-Dominated DC Is 'Not a Jury of My Peers'

Sinema told Axios that she met with Homeland Security Secretary Alejandro Mayorkas this week, and her takeaway is that the administration is not ready for the massive surge of migrants anticipated at the border.

“It is evident that the current preparations and plans for the end of Title 42 aren’t adequate,” she said.

“It just doesn’t seem at all workable that … whatever plan they’re working on right now can be ready to implement in a way that is both safe for our border communities and respects the humanitarian crisis that is coming.”

The Department of Homeland Security said last week that the number of migrants crossing the southern border daily is expected to hit 18,000 once Title 42 is lifted, according to The Washington Times. That translates to over 500,000 per month.

“DHS officials have said they are mobilizing additional personnel, including Border Patrol agents; securing more buses and aircraft to transport migrant families; and erecting new migrant processing facilities along the southern border in anticipation of the expected increase in migration,” CBS News reported.

“The people on the democratic side who have come out in favor of this are up for election this year.” @KarlRove reacts after moderate democrats break with the Biden Administration with calls to keep Title 42 border restrictions @BillHemmer @DanaPerino pic.twitter.com/mHf1IeVXTn

He argued on Fox News’ “America’s Newsroom” on Friday that they are aware of President Joe Biden’s poor polling numbers on immigration. The Real Clear Politics average of polls shows that approximately 36 percent approve and 59 percent disapprove.

“If we see 18,000 people a day coming across the border, then we’re going to see those numbers sink even lower,” Rove said.

“This is a grave crisis for the country,” he continued, “and the nonchalant attitude of the White House … is like, ‘We’re in charge. Don’t worry about it. We’ve got it handled.’

“And they do not have it handled, and it’s going to come back to bite them big time in the election.”