Trump: I Turned Down Multiple Book Deals Because 'I've Been Working on a Much More Important Project'

Taxpayers will be paying over $900 an hour for New York Gov. Andrew Cuomo’s legal defense against allegations surrounding his under-reporting of COVID-19 deaths in his state’s elder-care facilities and his alleged use of staffers to help write a book detailing his response to the pandemic.

The $2.5 million deal to fund the Democratic governor’s lead defense lawyer was made public by the New York Post following a Freedom of Information Request.

The deal was struck even though Cuomo is expected to earn over $5 million from his book about leading New York during the coronavirus pandemic, and the governor has around $17 million in campaign finances.

He has also scheduled a fundraising event in New York City this month and will charge $10,000 per person or $15,000 per couple for those who wish to attend.

Cuomo is facing state and federal investigations into his handling of nursing homes during the COVID-19 pandemic as well as his alleged use of government resources and state employees for his memoir.

Cuomo has a salary of $225,000 but defended his decision to make New Yorkers foot his legal bills.

“The state — the way it works is the Executive Chamber has retained the counsel and that is a state expense,” he said during a news conference.

“That has been [the case] in every investigation. So that’s where we are now.”

He added that he was not paying any other lawyers with his own money or campaign cash “at this time.”

Common Cause New York executive director Susan Lerner said that Cuomo’s fundraisers should be held to pay off his legal fees, “not to pad his war chest.”

“As Common Cause/NY has previously recommended, politicians who are subject to civil and/or criminal investigation should refrain from paying for their defense with either tax-dollars or campaign funds, and instead set up a Legal Defense Fund,” Lerner said.

“That way, they can transparently raise money from willing donors.”

Vivian Zayas, whose mother caught COVID-19 in a Long Island nursing home and died, called the situation a “travesty.”

“The people of New York are flipping the bill for his lawyer, and for the staff to help him write his book in the middle of the pandemic — we deserve answers,” the founder of the advocacy group Voices for Seniors said.

Taxpayers will be footing the bill of five partners and related personnel at the firm of Morvillo Abramowitz Grand Iason & Anello until Feb. 15, 2023.

WNYW-TV reported that Elkan Abramowitz, a former criminal division chief at the Manhattan U.S. Attorney’s office, will be paid $937.50 an hour — a 25 percent discount from his normal fees.

The four other partners will each be paid $680 an hour for their services. 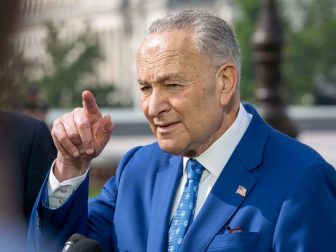 The left has become the gatekeepers of inclusive language, and yet the landmines they bury and the traps they set never ensare their own. 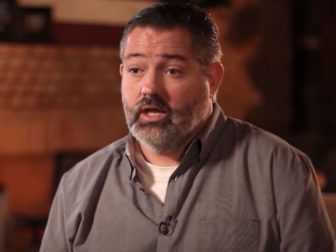 Detective Ali Perez says he had a vivid encounter with the Lord after he was shot while trying to apprehend a suspect. 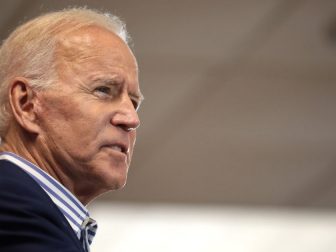 'Our current president can’t behave decently for the queen of our closest ally or convey any sense of strength and efficiency.'