DeSantis Fires Warning Shot at Woke Doctors: You Will Lose Your License

As police departments struggle and violence spikes across New Mexico, many wonder what is happening. But it’s not a local issue.

The Biden administration is intervening and strong-arming city departments, imposing “anti-brutality” measures designed to limit the use of force.

Things changed significantly for local law enforcement after a 2014 federal investigation concluded that the Albuquerque Police Department had engaged in a “pattern or practice of use of excessive force.”

Suddenly, Washington is involved. What happened to our constitutional republic? Does President Joe Biden think we have become one giant city-state?

Trending:
Kari Lake Holds Electric 'Save Arizona' Rally with 4x Capacity Trying to Get In - Even Trump Called In

The Albuquerque Police Association president, Detective Shaun Willougby, responded to the federal overreach, telling Fox News that the 2014 investigation “opened the door for the Department of Justice in Washington, D.C., to basically almost govern and be intricately involved in everything this police department does.”

Even more ridiculous is that a use-of-force investigation could cripple a department for hours at a time.

Is it any wonder violence is running rampant in Albuquerque communities? Sounds a bit like “Defund the Police” Part 2. Democrats supposedly learned their lesson from Defund Part 1 when it caused spikes in city violence. Internal Democratic pollsters discovered that rank-and-file Democrats regretted giving support to the ill-conceived Defund the Police fad when crime rose in their own neighborhoods.

But as a dog returns to its vomit, so do liberal leaders return to grabbing and maintaining all the control they can get away with.

You cannot shutter entire departments for a suspected crime while allowing the general public to commit countless more. It just doesn’t work. Moreover, investigations into alleged police brutality take away time, effort and resources from where they are needed most — in the community, keeping our neighborhoods safe.

“You have a weak-on-crime approach at the state Legislature — we have since the beginning of time,” Willougby explained.

He called his department “completely handcuffed,” a feeling shared by many officers today. It comes at a time when law enforcement is already short-staffed and battling strong anti-police public sentiment.

“This lack of support by the federal government only serves further to incite violence in our communities and against our officers,” said Michael Letts, CEO of InVest USA, a charity that provides bulletproof vests to police.

Obviously, something needs to be done about irresponsible policing, but shutting down entire departments for investigations is entirely ludicrous, especially when those “investigations” are nothing more than political witch hunts.

Here, the blame — and the ability to fix the problem — lies squarely with the Democratic Party. So, Dems, are you up for the challenge? 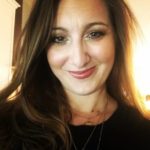 Lena Muhtadi Borrelli, The Western Journal
'I Don't Give a F*** If You're an Adult or Not': 9th-Grade Female Student Physically Beats Teacher
Hunter Biden Allegedly Withheld Money from Employee Until She Preformed Sexual Acts
Lowe's Attempts to Thwart Rampant Theft by Developing High-Tech System That's 'Invisible' to Customers
Police Officer Dies Suddenly While on Duty 'Serving the Community He So Loved'
Is an American Revival Coming? A New Study Gives Christian Leaders Hope for Next Generations
See more...
Advertisement

'I Don't Give a F*** If You're an Adult or Not': 9th-Grade Female Student Physically Beats Teacher

Viral videos of a student beating up her teacher as her classmates gleefully laugh encapsulate the tragic descent of American schools.
By Samantha Chang, The Western Journal  January 31, 2023

A new report outlines what Hunter Biden asked a female assistant to do when she said her back pay had not appeared.
By Jack Davis, The Western Journal  January 31, 2023

Lowe's is taking a high-tech approach as it tries to curb rampant retail theft through an idea called Project Unlock.
By Jack Davis, The Western Journal  January 31, 2023

A Georgia police officer passed away while chasing a suspect who fled after a traffic stop.
By Jack Davis, The Western Journal  January 31, 2023

Is an American Revival Coming? A New Study Gives Christian Leaders Hope for Next Generations

Even though the number of practicing Christians declined, trends show a promising opportunity for the younger generations.
By Richard Bledsoe, The Western Journal  January 31, 2023

Arizona's election warfare may be taking a drastic turn, with the Democratic secretary of state calling for an investigation of Kari Lake.
By John McCann, The Western Journal  January 31, 2023

US Corn Farmers Sound the Alarm: Most Catastrophic Problem Ever Faced Headed for Crop

Mexico's new law regarding American imports of corn could spell disaster for American farmers and the economy.
By Peter Partoll, The Western Journal  January 31, 2023

The sunshine of the Sunshine State continues to enter the nooks and crannies of higher education. Zombies beware!
By Mike Landry, The Western Journal  January 31, 2023
Next