Biden Targets Anyone Who Has Ever Bought a Semiautomatic Weapon: 'No Social Redeeming Value'

Some politicians would rather reign in hell than serve in heaven.

When Joe Biden was vice president, then-Defense Secretary Robert Gates observed that he had been remarkably, consistently wrong about everything for going on 40 years.  During the same timeframe, Biden’s boss, President Barack Obama, noted that he possesses an extraordinary ability to mess things up. (His description of Biden’s bizarro superpower was more colorful than that.)

Keeping those two keen observations in mind, take a look at where Biden has led America and the world in the short time of his presidency.

Russian President Vladimir Putin is about to invade Ukraine. The nuclear-armed, KGB-trained mafia boss keeps blaming the unrest on his neighbor, but his ambition to rebuild the lost Soviet empire is clear.

Biden could have shown savvy and strength and kept Putin at bay as his predecessor did for four years, but what did Biden do?

Trending:
Elon Musk Says World Must Know Truth About What Twitter Was Doing: 'The More I Learn, the Worse It Gets'

First, he gave up Afghanistan to terrorists, getting Americans killed and leaving them stranded because he abandoned the only viable base of operations near Kabul. Then he decided not to fire anyone who had a hand in the debacle.

Then, in one of his few news conferences, he more or less greenlit Putin to invade Ukraine with his “minor incursion” remark. That quip is causing major problems, and a nervous Europe from the Balkans to Britain is wondering not if Putin will invade Ukraine, but if he’ll stop there.

Spoiler: He’s sitting across the table from Joe Biden. Putin must surely like his odds.

In ordinary times, the prospect of military action can unite and galvanize us. But most Americans now believe we have little interest in who owns what in Eastern Europe, and we have much more pressing concerns closer to home.

Thanks to Biden’s irresponsible spending sprees and the trillions more he keeps threatening to spend, the dollars we work so hard for are losing value fast. Biden compounded that problem by kicking American energy producers in the teeth, increasing dependence on foreign oil and putting money in Putin’s pockets.

Yes, that would be the same Putin who is waving guns at his NATO and non-NATO neighbors. Biden’s decisions are making Putin more of a threat. And Biden shows no sign that he’s aware or even cares.

Something else Biden doesn’t appear to care about is military readiness and capability. His big idea when he swept into the White House was to make the military woke, which has divided it and eroded Americans’ trust in the one institution most of us had faith in just over a year ago.

Neither does Biden seem to care about his erasure of the U.S.-Mexico border. He keeps getting caught shipping illegal immigrants all over the country — having tested none of them for COVID-19 — despite his lawless government’s efforts to hide the scheme from the American people. Biden doesn’t care about the human trafficking he is enabling or the toxic fentanyl flooding across the border. He also doesn’t care that his actions are destroying morale in the Border Patrol.

Biden claims to care about the economy, and he keeps touting all the jobs “created” since he was installed in the Oval Office. But to date, his policies have not created a single new job. Democrats shut down businesses at the start of the pandemic, killing jobs by the millions. Now those Democrats are reluctantly opening their states and cities back up, and some of those jobs have come back. That’s not creating jobs. But Biden doesn’t care.

Biden also doesn’t care about the war that criminals and criminal-loving Democratic district attorneys and mayors are waging across the country. If he truly cared he would call out — or even kick out — radical DAs like George Gascón in Los Angeles, Jose Garza in Austin and Alvin Bragg in New York, who just keep installing revolving doors at their local jails. But he’s silent even as the criminals these DAs free go out and rob, rape and kill more Americans.

The man who has the famous American bully pulpit is easily bullied, it turns out. He got bullied into proclaiming that he would choose only a black woman for the next Supreme Court opening, which might have some credibility if he had not voted against the second black man — Clarence Thomas — to ascend to the high court. Biden doesn’t really care about diversity; he just cares about political expediency.

Well, not everything. Most Americans despise Biden now. That’s something.

But when Putin — and Chinese dictator Xi, and likely Iran and North Korea — all act in concert to sweep up their respective regions, Biden will hardly be in a position to rally America or the world. The legacy of division he has created will fracture the free world further at the worst time imaginable. 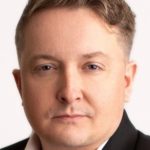 A.J. Rice, The Western Journal
Elon Musk Says World Must Know Truth About What Twitter Was Doing: 'The More I Learn, the Worse It Gets'
Community on Edge as Homeless Crime Gets Worse in City You Would Least Suspect: 'We've Seen More Death'
Americans Injured as Jerusalem Rocked by Twin Bombings: 'Different from What We Have Seen in Recent Years'
Police Robots Authorized to Kill? New SFPD Proposal Is Raising Eyebrows
Watch: CNN Anchor Watches Narrative Collapse, Left Stunned When She Finds out Colorado Shooting Suspect is 'Non-Binary'
See more...
Advertisement

Elon Musk Says World Must Know Truth About What Twitter Was Doing: 'The More I Learn, the Worse It Gets'

"It is objectively the case that 'conservative' political candidates were more negatively affected than 'progressive' candidates," Musk said.
By George Upper, The Western Journal  November 25, 2022

Community on Edge as Homeless Crime Gets Worse in City You Would Least Suspect: 'We've Seen More Death'

Residents of one Anchorage, Alaska neighborhood are asking the city government for help as homelessness overwhelms the community.
By Richard Moorhead, The Western Journal  November 25, 2022

Americans Injured as Jerusalem Rocked by Twin Bombings: 'Different from What We Have Seen in Recent Years'

San Francisco officials are considering a proposal about whether or not to allow police robots to use deadly force in certain circumstances.
By Abby Liebing, The Western Journal  November 25, 2022

Turns out the suspect arrested in the Colorado Springs gay nightclub shooting is 'non-binary.' A CNN anchor didn't know how to react.
By Richard Moorhead, The Western Journal  November 25, 2022

The Democrats continue their relentless pursuit of Donald Trump's tax returns, and now the Supreme Court has weighed in.
By Warner Todd Huston, The Western Journal  November 25, 2022

Biden Targets Anyone Who Has Ever Bought a Semiautomatic Weapon: 'No Social Redeeming Value'

"The idea we still allow semiautomatic weapons to be purchased is sick," President Biden said. "It's just sick."
By Chase McCown, The Western Journal  November 25, 2022

Democrats and treasonous Republicans are attempting to codify same-sex marriage before the new Congress sees a GOP House majority.
By Jared Miller, The Western Journal  November 25, 2022

A senior legal advisor of Vice President Kamala Harris is leaving the Biden administration before Republicans assume control of the House.
By Richard Moorhead, The Western Journal  November 25, 2022

Georgians have a choice of whether to ensure their daughters are allowed to compete fairly and stay safe in women's sports.
By Peter Partoll, The Western Journal  November 25, 2022
Next