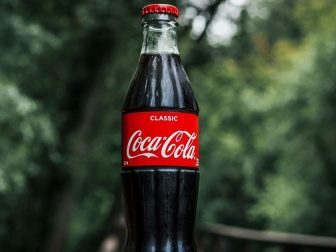 One half of the Carolina Panthers’ longtime Spanish-language broadcasting duo is out of a job, and he says the breakup occurred after the team didn’t approve of his support for President Donald Trump in his personal life.

Apparently, in the new, woke NFL, there isn’t a place for a Trump supporter in a broadcasting booth, even if that person is a bilingual, Mexican-born immigrant.

The Charlotte Observer recently spoke with Luis Moreno Jr., who told the outlet he has parted ways with the Panthers after management became upset over his penchant for sharing pro-Trump messages on his personal Twitter account.

On his support for the president, Moreno said he “found out that there are a lot of things that are happening that I wasn’t aware of that make me support him.”

He has been calling games in Spanish for the Panthers with his uncle, Jaime Moreno, since 2010.

The Moreno duo has brought an enthusiastic and distinctive fútbol feel to American football in Charlotte:

But politics got in the way of the decade-old relationship, at least for the Panthers, he said.

Moreno said the dustup began in April when he first shared his support for Trump on Twitter.

Panthers radio and television affiliate manager Eric Fiddleman asked him to remove all references to the Panthers on his social media account over his Trump support, and Moreno complied, he said.

But that wasn’t the end of it.

Untethered by being connected to his job online, Moreno became more active in expressing his support for Trump’s re-election on Twitter.

He was again contacted by Fiddleman, but he said he told his boss, “If what they want me to do is stop supporting the president, I’m not gonna do that.”

Moreno said he went up the ladder, attempting to reach Steven Drummond, the Panthers’ vice president of communications, but his calls and emails went unreturned.

Fiddleman made it clear, though, that Drummond also wanted the social media activity to stop.

As an independent contractor, Moreno felt he had done enough to appease his higher-ups with the NFL franchise.

The rift created was insurmountable.

“Basically what I told [Fiddleman], I said, ‘Listen … I’m not even under contract right now. I am not willing to participate in this project anymore if I’m going to be censored. So unless they call me, I’m not going to do it anymore. Because I am not OK with them censoring my freedom of speech in support of the president,’” he told The Observer.

The team apparently had few reservations about letting him walk away from signing another contract.

The Observer reported that Fiddleman didn’t respond to a text message and Drummond declined to comment.

Moreno would have liked for things to have played out differently, but he said he plans to move on to another venture, which he said he would wait to do until he knows the outcome of the November election.

Moreno lived in Mexico until he was 14 and only recently became a U.S. citizen.

He told the newspaper he is excited about voting for the first time on Nov. 3.

“I think that it goes without saying that this is one of the most important elections in our lifetime,” he said.

Johnathan Jones, The Western Journal
Civilian Alerts Airmen After Noticing Something Odd Coming from Back of F-15 Jet, Now They're Thanking Him
'I Think it Makes Them Look Guilty': Election Officials Impede AZ Audit, Kari Lake Calls Them Out
'The Media Is the Conspiracy Theorist': Crowd Erupts After Kari Lake Exposes Media's Election Lies
Coach Who Was Fired for Kneeling to Pray on Field Doubles Down, Plans to Take Case to Supreme Court
Ashli Babbitt's Mom: Nancy Pelosi Orchestrated the Killing of My Daughter
See more...
Advertisement