As prominent pundits and historians continue publishing spillover chapters on the last presidential election, it may seem a long ways off — but 2024 is officially coming into view on the horizon.

Four years is little more than the blink of an eye in American politics, and the annual CPAC straw poll reveals conservatives are already gearing up for a diverse Republican presidential primary reminiscent of 2016.

Without delay, here’s a look at exactly who leads that field as it begins to take shape:

According to attendees polled last week at the 2021 Conservative Political Action Conference in Orlando, Florida, Donald Trump still leads the Republican Party with a substantial buffer behind him.

The former president is the first incumbent to lose re-election since George H.W. Bush, but there remains no question his policy success and non-traditional conservative agenda resonated with the base. His judicial nominations, tax policy and “America first” views on trade and foreign policy netted 95 percent support at CPAC, with only 3 percent of people opposed to his unique outlook.

Among the same sample, a slim majority of 55 percent said Trump was their first choice for 2024, while 68 percent said they would like to see him run again, leading many to believe the polarizing figure still has a stranglehold on the party.

Of course, the polls have been wrong before, and not only in regard to Trump’s odds of victory in the 2016 presidential election.

In previous years, when the party was without an official executive, for instance, the CPAC straw poll pointed to former Massachusetts Gov. Mitt Romney, Sen. Ted Cruz and “conservatarian” congressional figures Ron and Rand Paul as GOP leaders.

Only one of those figures secured the nomination: Romney.

Related:
Nikki Haley Reveals She Would Support Trump in 2024, Not Run if He Does

Winning the CPAC straw poll, the center-right Republican rode to defeat against then-Democratic President Barack Obama in 2012, paving the way for anti-establishment sentiment to rise to prominence four years later in the form of Trump.

The former president’s long shadow did not keep everyone in the shade, however, with an obvious runner-up emerging in Florida Gov. Ron DeSantis.

Hailed on a partisan basis as one of the best and worst governors with regard to pandemic management, DeSantis trailed Trump by a considerable 34 percentage points, but led the nearest trailer by 17 percentage points while sitting at 21 percent support himself.

DeSantis kept a vast vacation state well below the high-water mark in terms of infection and death rates throughout the pandemic, and received ample praise from conservatives once again at the turn of the new year, rolling out a successful vaccination plan that prioritized at-risk communities.

Tarred and feathered by the national press, that plan fell in line with a number of others from the governor, whose coronavirus response was often characterized by a hands-off approach and an unwillingness to bend to political trends.

These hard elbows with regard to political correctness and media manipulation only seemed to propel the governor further with members of the Republican base, landing him a leading 43 percent support in CPAC’s 2024 primary poll when respondents were barred from choosing Trump as their preferred candidate.

As some have been quick to point out, staggering support for DeSantis may also be mildly misleading given the fact that polling was conducted at the first CPAC ever hosted in Florida. The new location in a state recently hot for Republicans may well have tilted the sample his favor.

That does not dismiss questions as to whether the numbers were accurate and public support had simply been stilted toward state executives targeted by the national media for their adherence to a small-government pandemic response.

Another figure who may have been on the receiving end of such a bump was South Dakota Gov. Kristi Noem, who rose to popularity in the national party last year for refusing to enforce a statewide mask mandate.

The bold strategy did not do much to move the dial with regard to Noem’s numbers when Trump remained on the table for 2024, but the governor did manage to secure second place, with 11 percent support in the Trump-free poll.

A crushing swarm of young supporters on the convention floor following her main-stage address Saturday further suggests Noem may soon be seen as a federalist champion for the generation of conservatives currently coming of age in the Republican Party.

The former president’s son did not appear in polls including his father, but ranked third in the DeSantis-led poll, with 8 percent support from CPAC audiences.

Despite killing it with the Friday afternoon crowd at an address entitled, “Reigniting the Spirit of the American Dream,” Don Jr. has shown little interest in running for public office on his father’s coattails, seeming to prefer political opportunities at an arms length from the policy process.

It is also unclear from the available data whether Don Jr. received the support he did as a result of honest policy considerations or simple respondent objection to a 2024 absent Trump.

Far more clear were the stars of former South Carolina governor and Trump U.N. ambassador, Nikki Haley, who has fallen squarely at the center of the pack.

A key weapon in the Trump administration’s effort to undermine globalist policy and re-establish American strength on the world stage, Haley has long been hailed as a solid contender for GOP leadership in the post-Trump era, maintaining his gritty outward face with a bit less edge.

JUST IN: Nikki Haley breaks with Trump: “We shouldn’t have followed him” https://t.co/Oqe4JtK4K9 pic.twitter.com/BjCI0mZyyE

That poised and nuanced outlook on the Trump legacy has made Haley few friends, of course, as left-wing establishment media sources seek to pit pro-Trump elements in the Republican base against her.

Recent remarks to Politico only aided that endeavor, as outlets like The Hill took negativity toward the wider election fraud narrative out of context to suggest the former governor had disavowed Trump entirely.

It would appear the smear worked wonders, with Haley denied a meeting with Trump at Mar-a-Lago and confined to just 3 percent support in both versions of the CPAC straw poll.

Silent contender and former Secretary of State Mike Pompeo, on the other hand, has presented far better than was to be expected.

His tempered, yet aggressive personality played well with the base in recent years, and it seems all but certain he is tightly affiliated with Trump’s strong and distanced foreign policy, having spoken out against China, Iran and the international establishment on numerous occasions.

This close proximity to the Trump doctrine paid dividends for Pompeo at CPAC, where he ranked top-five in both polls and carried 7 percent support absent the former president. The reality revealed just how well a cabinet member can do riding the wave of the last administration.

On the other side of that coin was former Vice President Mike Pence, a key Trump-era figure tossed to the wind in recent weeks.

Long seen as a presidential possibility, in large part thanks to the vice-presidential effect, Pence netted just 1 percent support in both versions of the CPAC poll, his public stock plummeting in light of a Jan. 6 refusal to upset electoral certification and throw a hung election into the hands of the House on allegations of widespread election fraud.

The vice president’s adherence to tradition and constitutional norm landed him in hot water, with Trump reportedly suggesting he may “go down in history as a p****y” for certifying contested state results.

He would fare even worse with the most radical in the Trump camp, referred to as a “traitor” despite historic loyalty from the 2016 “Access Hollywood” scandal to stalwart attempts at preventing a 25th Amendment volley aimed at the former president in his final days.

Consistent allegiance and delivery of the evangelical vote could only carry Pence so far, it would seem — and he has undoubtedly lost his position as the logical successor to Trump in 2024.

The Cast of Congresspeople

Largely benefiting from division in the Trump ranks, a number of congressional A-listers ranging from Sen. Tom Cotton of Arkansas to Sen. Tim Scott of South Carolina make up the remainder of the field.

None of the transparent presidential hopefuls have managed to make a dent as of yet, however, with only a handful lucky enough to pick up more than 1 percent support in the polls.

Still, it would seem those closest to Trump have seen him rub off on their prospects, with Sens. Ted Cruz of Texas and Rand Paul of Kentucky securing just a bit more stake than folks like Sen. Marco Rubio of Florida, who has maintained considerable silence in recent years, possibly attempting to outlive the ebbing tides of the previous administration.

Sen. Ted Cruz (R-TX) says “a whole lot of voices in Washington” are “terrified” of Trump:

Folks like Cruz and Paul, on the other hand, have made a habit of working publicly with the Trump coalition to see their more traditionally conservative ends met. The former even went so far as to wager on the CPAC stage that “Donald J. Trump ain’t goin’ anywhere.”

And it seems that sentiment has paid off, with Trump-adjacent figures at an advantage as the 2024 Republican primary field takes shape. Of course, only time will tell if such trends will hold. 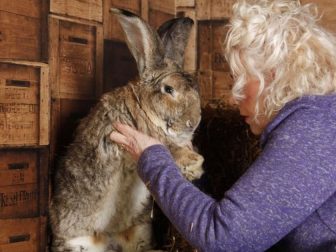