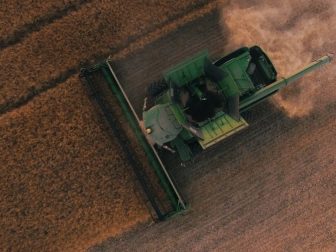 President Donald Trump on Saturday proclaimed a three-word demand aimed at the nation where the coronavirus erupted in secret until the pandemic outgrew China’s attempts to muzzle the truth.

“China must pay,” Trump said during his speech to the North Carolina Republican state convention in Greenville.

Trump said that Republicans must fight to “protect, promote and uplift the American worker.” And that, he said, means “standing up to Communist China.”

“Last year, China inflicted an estimated $16 trillion of economic damage onto the United States with a virus that I call the China Virus because I want to be accurate, that claimed the lives of hundreds of thousands of our fellow citizens. Look at the world. Look at what happened to the world. It’s not just us. It’s the world,” he said.

Trump noted that, “The media, the Democrats, and the so-called experts are now finally admitting what I first said 13 months ago. The evidence demonstrates that the virus originated in a Chinese government lab.”

Trump then said China has gone unpunished for too long.

“The time has come for America and the world to demand reparations and accountability from the Communist Party of China,” he said.

“We should all declare within one unified voice that China must pay. They must pay,” he said.

Trump said China should suffer a powerful economic punch like no other.

“The United States should immediately take steps to phase in a firm 100 percent tariff on all goods made in China. You saw what was happening with our tariffs. In fact, the Democrats were fighting the tariffs, Oh, we don’t …’ Well, he hasn’t taken those tariffs off. He doesn’t want to. Billions and billions of dollars; 25 percent tariffs on China,” Trump said, referring to President Joe Biden’s action in keeping tariffs Trump imposed on China.

“In addition, all nations should work together to present China a bill for a minimum of $10 trillion dollars to compensate for the damage they’ve caused,” Trump said.

Related:
Biden Goes Off Script, Even CNN Reporter Fact-Checks Him Before End of Speech

“That’s a very low number. The damage is far, far greater than that. As a first step, all countries should collectively cancel any debt they owe to China as a down payment on reparations. The nations of the world should no longer owe money to China. China’s destroyed so many nations,” Trump said.

Trump then touched on the relationship between Hunter Biden, Joe Biden’s son, and U.S. policy on China.

“Sadly, the current administration is very timid and, frankly, corrupt when you look at all of the money that they’ve been given as a family by China. That, instead of holding China accountable, the Biden administration shut down the U.S. government’s investigation into the origins of the virus shortly after taking office. What’s going on?” Trump said.

In May, Fox News reported that the Biden administration had closed down a Trump-era investigation into the origins of the coronavirus pandemic. Biden has since asked the nation’s intelligence agencies to provide a new report on the subject, which senators from both parties want to hear.