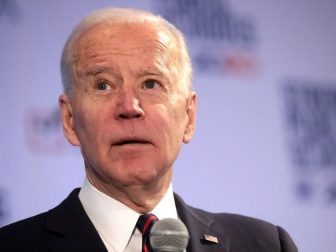 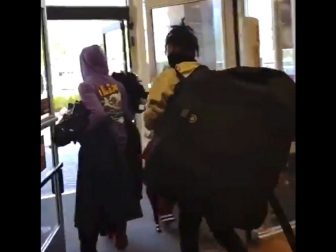 The Democratic Party’s push for so-called “equity” has featured many faces, the newest of which once threatened to blow up a school bus full of kids.

A community activist and the progressive candidate for King County Council in Washington, Ubax Gardheere is a rising star in Seattle politics — although that star may soon be fading.

“Equity is not equality, equity is replacing equality,” Carlson said at the top of his segment.

“The city of Seattle is so excited about this, it’s established something called the ‘Equitable Development Division.'”

“We’re now learning that the person in charge of that division is a lunatic.”

Tucker then handed off the segment to Fox News correspondent Trace Gallagher, who laid out the details of Gardheere’s despicable bomb threat.

New litmus test for Democrats in 2021: If you threaten to blow up a school bus full of children, you should not run for office.

According to court documents reported by Canadian news outlet The Post Millennial last week, Gardheere boarded a school bus on Jan. 12, 2010, which was heading for Chinook Middle School.

The court documents revealed she told the driver to tell his dispatcher “that a national security incident was going on.”

After that, Gardheere “began yelling at the children about America’s relationship with Somalia,” The Post Millennial reported.

An audio recording of the incident divulged that it was then that Gardheere made her bomb threat.

“You need to calm yourselves down ’cause I could have a bomb,” she said, according to The Post Millennial.

“Look how loose my clothes are.”

Afraid for their safety, the children fled from the bus in a panic. Upon seeing this, Gardheere reportedly called the kids “cowards.”

This is the woman Washington Democrats have chosen to not only stand behind, but also appoint as their leader on equity.

In the closing of his segment, Carlson made his belief clear, that Gardheere and “equity” are a perfect match — one, a radical “lunatic” and the other a dangerous ideology that rejects equality in favor of equal outcomes regardless of performance.

“Blow up a school bus full of children. That’s ‘equity’ in a phrase,” Carlson said.