Teen Immigrant Charged with 3 Counts of Murder, Released from Jail to Attend School

Students, Teachers and Parents Rise Up Against California's Rules with 'No Mandate Monday' 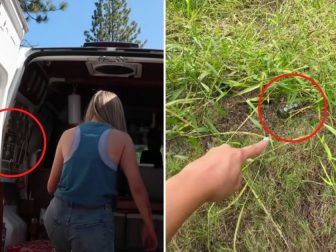 The muting of the president continued Monday as White House staffers ensured no one heard a question rattling around in President Joe Biden’s head during a briefing on western wildfires.

During a visit to Boise, Idaho, according to Fox News, Biden spoke about the wildfires, gave prepared remarks and heard from George Geissler, a Washington state forester and leading member in the National Association of State Foresters.

Then Biden appeared to go off-script as he said, “Can I ask you a question?”.

“One of the things that I’ve been working on with some others is … ” Biden said before the video feed cut off.

BIDEN: “Can I ask you a question?”

The comments were not included in the official White House transcript of the session.

White House staffers have silenced the president before.

Last month, for instance, Biden was muted when he was going to reply to a question about his botched withdrawal from Afghanistan.

He’s incapable of having a conversation

@PressSec Hi Jen. I hope this tweet finds you well. I was just wondering if maybe you can help me understand exactly why it is that when President Biden speaks that oftentimes his microphone is abruptly muted or cutoff completely. This makes us Americans very untrusting.

Related:
Tall Tale: Biden Claims His 'First Job Offer' Was from Idaho Lumber Company - They Have No Record Of It

A recent report  from Politico said that some in the White House cannot bear to hear a carefully crafted message blunted by the messenger, and either mute their televisions or turn Biden off, unable to bear the suspense of what will go wrong this time.

Chief on the list of things that make White House aides tremble is that Biden might say an unscripted word in response to an unwelcome question, undoing all the work that went into his prepared remarks.

“I know people who habitually don’t watch it live for that reason,” the Politico report quoted what it said was “one current official” whom it did not name.

Do you think the White House is deliberately keeping Biden's words from the American people?
Yes: 100% (3 Votes)
No: 0% (0 Votes)

As reported by Fox News, Biden has made it clear he sometimes comes out to speak publicly after being told what to do.

“Ladies and gentlemen, they gave me a list here. The first person I was instructed to call on was Kelly O’Donnell from NBC,” Biden said at a news conference in June, after his first presidential summit meeting with Russian President Vladimir Putin in Geneva.

Writing on Fox, media reporter Brian Flood noted that Biden has “implied that his handlers set the rules” and that the president’s conduct is “leading observers to ponder who is actually calling the shots behind the scenes.” 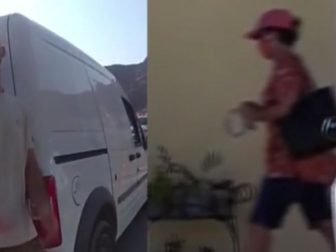