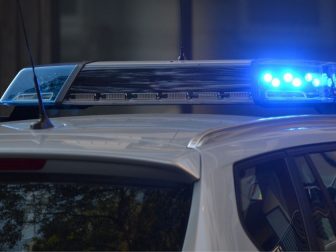 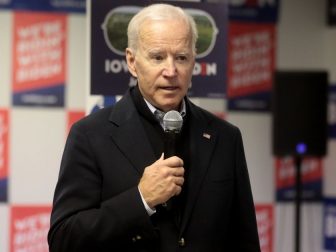 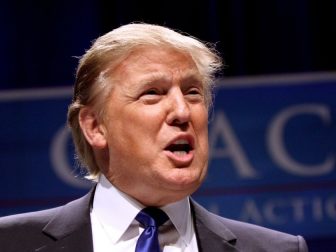 Wikipedia co-founder Larry Sanger is calling out the popular online encyclopedia for its leftist bias, specifically with regard to how its pages ignore the historical violence and mass casualty events associated with communism and socialism.

Sanger, in an interview with Just The News, slammed one of the world’s most visited websites and the leader in free information for its left-leaning slant in recent years. That bias has gotten so bad, per Sanger, it is pushing “propaganda” on the country’s young people.

Sanger argued in the interview that when young people read about socialism, “[T]hey’re going to find an explanation that completely ignores any conservative, libertarian, or critical treatment of the subject… And that’s really problematic. That’s not education. That’s propaganda.”

Sanger cited a Fox News report from Feb. 18 which chronicled how the online encyclopedia passes off biased and incomplete summaries of events as accurate while omitting important and contextual information. That report, which cited Sanger as a source, noted that Wikipedia has rewritten history and theology while purging any semblance of neutrality from its vast library.

“Wikipedia’s ideological and religious bias is real and troubling, particularly in a resource that continues to be treated by many as an unbiased reference work,” he said in the Fox News report.

Most troubling, of course, is Wikipedia’s brushing over the bloodiness of communism and socialism, despite giving main pages for both subjects significant content.

“The two main pages for ‘Socialism’ and ‘Communism’ span a massive 28,000 words, and yet they contain no discussion of the genocides committed by socialist and communist regimes, in which tens of millions of people were murdered and starved,” noted Fox News reporter Maxim Lott.

Lott’s examination of Wikipedia, for example, revealed that the socialism page mentions that tens of millions of Chinese “peasants” were lifted out of poverty in the 20th Century, but neglects to mention tens of millions who died from famine or other causes.

Sanger, who helped to found Wikipedia in 2001, told Just The News the company was “truly committed to neutrality” upon its inception. Sanger stated that even throughout the last decade or so, “you could go to articles on the most controversial topics of the day and the culture war, and you would find all sides being fairly represented.”

Anyone who visits Wikipedia regularly for entertainment or education can now see the blatant pro-left bias. One can simply look at the pages for Democratic Rep. Alexandria Ocasio-Cortez and Republican Rep. Marjorie Taylor Greene of Georgia to see which worldview prevails for Wikipedia’s army of community editors.

Wikipedia, in its page for AOC, states in the opening line, “Alexandria Ocasio-Cortez (…born October 13, 1989), also known by her initials, AOC, is an American politician serving as the U.S. Representative for New York’s 14th congressional district since 2019.”

Both women have succeeded to varying degrees, and are on the opposite ends of the ideological spectrum. But whereas Greene is summed up in the first sentence as a “far-right conspiracy theorist,” and more than 80 paragraphs of information for Ocasio-Cortez make no mention of her numerous controversial positions and scandalous statements, at least none that editorialize her as a “far-left demagogue” or “conspiracy theorist” — and a case could be made there.

The bias goes way beyond to polar opposite female House members. Per Sanger, that’s because Wikipedia has been infiltrated top to bottom by leftists — which has occurred simultaneously as much of the rest of the broader tech world in recent years has embraced one world view.

“As liberals made, or leftists made, their march through the institutions, Wikipedia became one of those influential institutions … and (the left) basically took it over,'” Sanger said.

For those seeking out a non-biased place for information and leisure reading, there is hope. Sanger is currently working on creating a competitor to Wikipedia called “Encyclosphere.” Sanger told Just The News will be “an old-fashioned, leaderless, ownerless network, like the blogosphere.”

Sanger shared a video on his Twitter page with more information about “Encyclosphere.”

The encyclosphere is going to be great. Still getting the website and upcoming seminar ready. pic.twitter.com/hXSB01ArFS

He faces an uphill with regard to competing for the institutional behemoth that Wikipedia has become. The site, according to Alexa rankings, is the 13th most popular website on the internet.

But the work to challenge Big Tech must begin somewhere. San Francisco Bay area leftists have already monopolized public discourse on their social media platforms. At Wikipedia, they’re steadfastly in control of the common information that should unite us all.